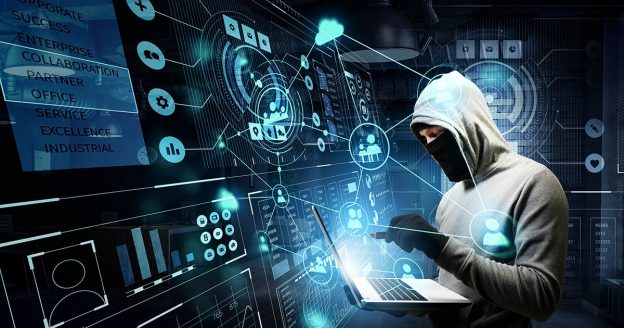 Cybercrime is a crime that involves a computer and a network.[1][2] The computer may have been used in the commission of a crime, or it may be the target.[3] Cybercrime may harm someone's security and financial health.[4]There are many privacy concerns surrounding Cybercrime when confidential information is intercepted or disclosed, lawfully or otherwise. Internationally, both governmental and non-state actors engage in cybercrimes, including espionage, financial theft, and other cross-border crimes. Cybercrimes crossing international borders and involving the actions of at least one nation-state are sometimes referred to as cyberwarfare. Warren Buffet describes Cybercrime as the "number one problem with mankind"[5] and "poses real risks to humanity."[6]A report (sponsored by McAfee) published in 2014 estimated that the annual damage to the global economy was $445 billion.[7] A 2016 report by Cybersecurity ventures predicted that global damages incurred as a result of cybercrime would cost up to $6 trillion annually by 2021 and $10.5 trillion annually by 2025.[8]Approximately $1.5 billion was lost in 2012 to online credit and debit card fraud in the US.[9] In 2018, a study by the Center for Strategic and International Studies (CSIS), in partnership with McAfee, concludes that nearly one percent of global GDP, close to $600 billion, is lost to cybercrime each year.[10] The World Economic Forum 2020 Global Risk report confirmed that organized Cybercrimes bodies are joining forces to perpetrate criminal activities online while estimating the likelihood of their detection and prosecution to be less than 1 percent in the US.[11]